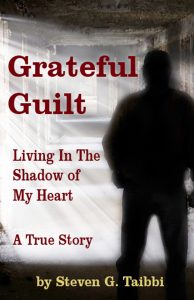 They’ve been cutting into Steven Taibbi since the day he was born, and they still haven’t stopped. According to the doctors, Steven should have died years ago, and several times since. Born April 26, 1953, he was cyanotic—doctor-speak for what was commonly called blue baby, meaning his heart wasn’t pumping efficiently enough to properly oxygenate his blood. As if that wasn’t enough, he was also born with three birth defects, requiring three operations. There would be more operations to come—many more. Over time, he needed not one, but two heart transplants, feeling immensely grateful while struggling with survivor’s guilt.

Grateful Guilt: Living in the Shadow of My Heart is Steven’s story of determination, one he feels would benefit others who face serious challenges. He also carries guilt for the way his illness affected the family dynamic.

Without self-pity but with lots of humor, Steven shares his journey, one filled with physical and emotional pain, yet comes out fulfilling many of his aspirations he dared to believe could happen, even while hooked up to wires and machines challenging such thoughts. 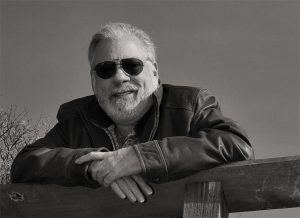 Steven Taibbi was Producer/Director/Director of Photography for Steven G. Taibbi Productions, a television production company and a contributing editor at Videography Magazine for ten years, and he also wrote articles for other magazines.  He’s written television scripts, TV and radio commercials and was the lyricist for a song-writing team. He went on to be the vice president of Transplant Speakers, International and is now a public speaker and professional photographer.

What Readers are Saying

Once you start reading this book you can’t put it down. With detailed memories of his experiences and his feelings at the time, but with the perspective of looking back as an adult, Mr. Taibbi paints a moving picture of a physical life dominated by serious health issues but with a mental attitude of strength, thankfulness, and great humor.

What could have been a troubling, sad, depressing tale is actually an uplifting, entertaining, at times very funny, always engrossing, insightful, inspirational story of persevering, beating death and living life.

Poignant, harrowing, and occasionally hilarious, Taibbi’s direct, clear style of writing makes his story accessible to a wide audience, irrespective of age or social background. The result is a compelling narrative that encourages others similarly afflicted to know they’re not alone.